The leader who transformed a nation, remembering the late R. Rajamahendran 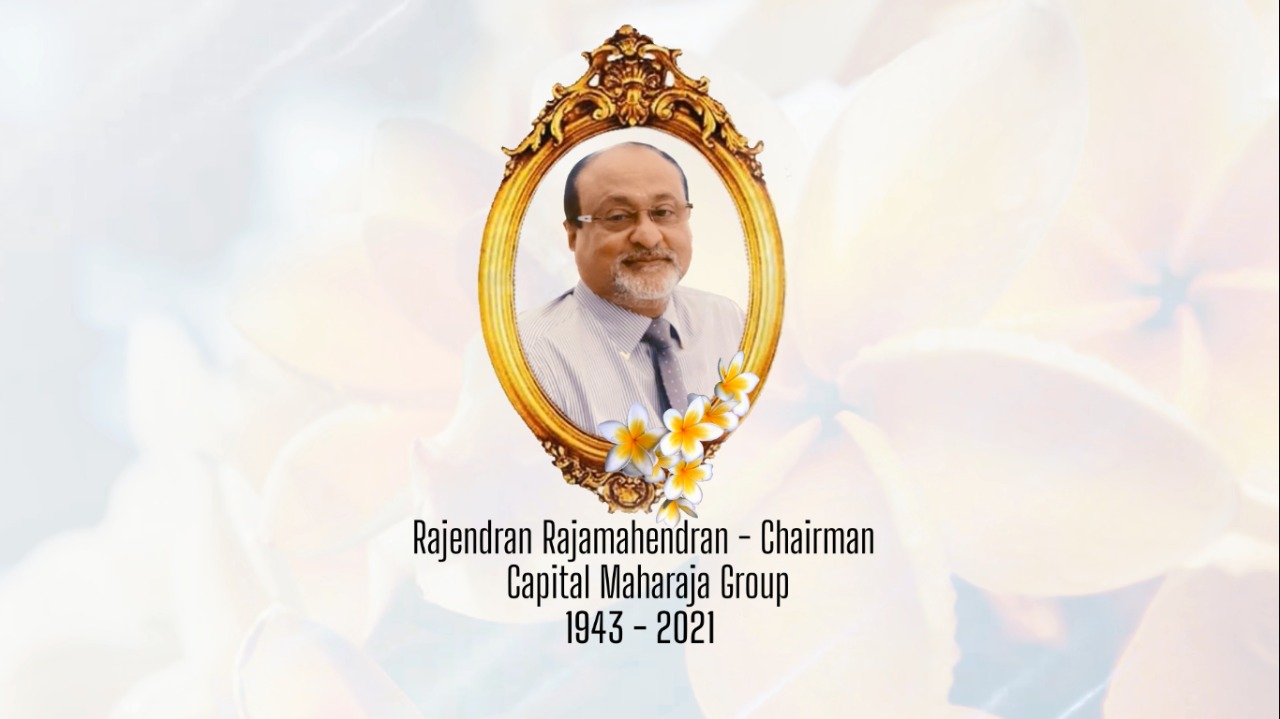 Born on 19th May 1943, Mr. Rajendran Rajamahendran was an old boy of Royal College, Colombo and joined his father at the Maharaja Organization at the tender age of 16 along with his brother.

Aged 21, he and his brother took on the reigns of the group after their father’s demise, with little or no formal training on how to run a business.

Since then, Mr. Rajamahendran has built what is not only a world-renowned, diverse conglomerate but also an organization with a civic consciousness and a heart for the people.

From setting up Sri Lanka’s first BOI Joint-Venture in the 1970’sto the construction of Sri Lanka’s largest hydro-electric power infrastructure, to being the leadership behind Sri Lanka receiving ICC Status in cricket which is a well-known secret, to making mobile telephony available to the average Sri Lankan by founding Dialog GSM, to setting up Sri Lanka’s largest media network that has differentiated itself through innovation, to directly overseeing News1st, Sri Lanka’s news network that has never compromised on its commitment to the people to tell nothing but the truth, to changing the lives of millions of Sri Lankans through the Gammadda Movement that he founded. He was not just a man, but a chapter of Sri Lanka’s post-independence history.

Just as Kerry Packer was a godsend to Australian cricket, so was Killi Rajamahendran. At a time when cricket in Sri Lanka had no money, he financed the sport single-handedly.

"Players need not turn up for work at Maharaja’s, but if they did not attend training, Killi had a bone to pick. “Ask Ashantha de Mel who will attest that Killi made the sport semi-professional." said Rex Clementine, a sportswriter.

Many leaders, from diverse spheres including business and politics, past and present, owe their careers to this man, who unselfishly supported them when no one else would. He supported leaders without expecting anything in return, and even when some turned against him, he did not stoop low.

His heart for the ordinary people, especially the downtrodden poor of Sri Lanka was a defining characteristic that made him an extraordinary leader. He disregarded profit and business objectives when it came to the people. He gave without expecting anything in return. And this included opportunities to those who both worked for the organization and even those who didn’t.

A Hindu himself, his contribution to Buddhism and all other religions is beyond compare. He saw his role as a leader who brings together, rather than one who tears it apart. He was the embodiment of reconciliation as he built a company that welcomed people of all religions, ethnicities, cultures, and creeds to work as one, for the benefit of Sri Lanka.

He was also a patron of the arts, being a dedicated collector and supporter of the Great Masters and upcoming artists. His knowledge and appreciation of music and movies were unparalleled and this was seen in the innovative concepts that Sirasa and Shakthi gave birth to, over the decades.

Mr. Rajamahendran refused to compromise on many things, and perhaps most importantly was his integrity. He refused to be involved in unethical business practices and always took hard decisions when it came to national interest over personal profit.

He faced insurmountable challenges in his life but overcame them all. The offices of the Group were burnt in 1983, Sirasa was bombed in 2009, his life was constantly in danger and he lost many dear friends in his march towards the truth. But he stood steadfast and unwavering for his beliefs, never taking a step back.

Today as he has been called to rest after a lifetime of fighting for a better country and a better tomorrow for us all, his legacy will live on in every life he touched. He never gave public speeches and never sought publicity. He instead, gave the pride of place to his team, so that they would excel in all they did.

Mr. Rajamahendran believed in a strong, independent Sri Lanka that bowed before no other nation in the world. He believed in the creation of a nation where our people were prosperous, lived happily and in togetherness.

He hoped and prayed for clean political leaders who would always place the interests of the people ahead of their own. He risked everything for what he believed in.

This Group will continue to dedicate itself to the vision of this great leader. A Proud Sri Lankan, who believed that the Power of The Truth will ultimately win over all evil.

This Group, under the leadership of our new Chairman and Managing Director Sashi Rajamahendran, will continue to innovate, continue to build leaders, continue to stand by the truth, and continue to play its role as it always has, as a vital part of Sri Lanka’s journey towards a better future.

CMG future-focused to get leadership closer to the ground